After everyone agreeing on the #1s for Catcher and First Base, we now run into positions where #1 is debatable. Robinson Cano or Chase Utley? Well, majority rules here so Cano takes our Composite #1. This was Utley’s position until guys like Pedroia and Cano put on MVP campaigns the past few seasons. Pedroia looks to be healthy and rebound, while Cano looks to prove why he should be #1 for the next few years. 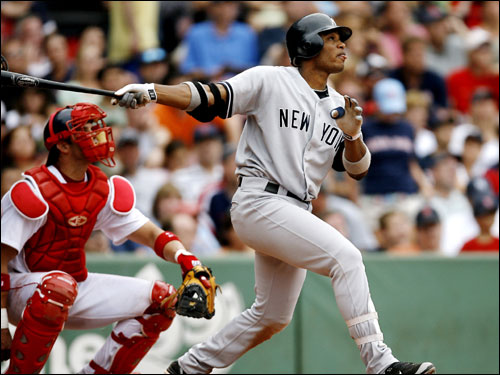 Uggla has established himself as one of the premier 2B in all of baseball and one of the most consistent hitters the past 4 seasons.  His move out of a football stadium and its teal monster and into a better lineup in Atlanta won’t hurt either.  Uggla ended 2010 hitting line drives at almost a 30% clip, reducing his GB%, while also increasing FB% and HR/FB which could signal his best season is yet to come as he comes to the peak of his prime.

Although derailed by injury last year, expect a return to 2009-type numbers for Roberts in a rejuvenated Baltimore lineup. See here.

I don’t really get the fascination with this guy.  Yeah, there’s potential for some nice power and speed, but how often does that actually happen?  Aside from the 31 HR, 31 SB season in 2009, in which his batting average plummeted to .253, there’s really not much to write home about.  There’s no way i’m taking this guy in the 2nd round of the draft, which is where he went in TSN’s expert mock draft.