Of note, Mitchell Boggs and Drew Storen each converted save opportunities and Storen relieved Burnett in the 8th. Need a closer? Pounce.

Wade Davis – 7 IP, 6 H, ER, 2:2…As mentioned on the air, I like Davis but his drop in K rate is worrisome. If he has to rely on his defense and praying his flyballs don’t leave the yard, he’ll experience some correction. Nice, Jesse!

END_OF_DOCUMENT_TOKEN_TO_BE_REPLACED

Every Monday we will be bringing you the Top 3 hot and cold baseball players from around the major leagues. The twist, I’ll also be providing a buy or sell recommendation on the cold players to help you decide if this is a guy to target in a trade offer or someone you should cut if they’re clogging a bench spot, while on the other side giving you the sign on whether to sell high or buy the continued dominance.

For the last week, here are your Hot & Cold recommendations:

In the “I told you so” section falls Lance Berkman. Yes he went 0 fer in his last game, but this guy has been hot. Only a matter of time until a stint on the bench with the rigors of playing OF and his numbers have nowhere to go but down from here, sell high.

END_OF_DOCUMENT_TOKEN_TO_BE_REPLACED

ADP data can be one of the most useful items of information you can have with you at your draft. Not only will you afford yourself the knowledge of knowing who you can  and can’t grab later, but you’ll also find hidden gems that the rest of the fantasy baseball community are letting slip too far. It is these gems we will focus on in this article as I lay out my All Forgotten Team…

END_OF_DOCUMENT_TOKEN_TO_BE_REPLACED

Lance Berkman Gettin His Ugly On In St. Louis

During the first decade of the 2000’s, Lance Berkman was a staple in any conversation about the best hitters in baseball. Through almost 12 seasons in Houston he had become the face of the franchise along with Roy Oswalt and was a former member of the killer B’s taking Derek Bell’s place in 2000 along with Craig Biggio and Jeff Bagwell.

END_OF_DOCUMENT_TOKEN_TO_BE_REPLACED

After trading away long time Astros, Roy Oswalt and Lance Berkman, last summer, Houston is looking to the next generation to lead this team.  Hunter Pence becomes the de facto leader of the team with 3 full seasons of solid play under his belt.  The Stro’s are also hoping their young corner infielders Brett Wallace and Chris Johnson can develop into productive major leaguers.  Johnson seems to be up for the challenge, he posted strong numbers after his 2010 call up, but Wallace may not be ready for prime time yet.

END_OF_DOCUMENT_TOKEN_TO_BE_REPLACED

This will more than likely be the Cardinals last season without the best player in baseball, Albert Pujols. After the 2011 season, his 11th as a cardinal, Mr. Pujols will be a free agent and is apparently seeking a $300 million dollar, 10 year deal.  The Cards were not able to work out a deal before spring training, so all negotiations will be off until the season ends.  If Pujols leaves, so will the Cards chances of competing in this division in the years to come.
END_OF_DOCUMENT_TOKEN_TO_BE_REPLACED 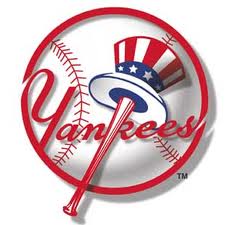 After finishing in second place last season and not adding another world championship to their collection, the popular thought was that the Yankees would reload over the off season. All signs pointed toward yes during their pursuit of Cliff Lee, but as it turns out, money really ISN’T everything to some people.

The challenge the Yankees will face this year will be their rotation. While C.C. Sabathia is a solid ace, once you get past him there are a lot of question marks. Phil Hughes looks like a solid starter, maybe not a number 2 which is most likely where he will fall in the rotation this year, but solid. AJ Burnett is looking to bounce back from a down year which seemed more related to his mental approach than his stuff. Joba Chamberlain we’re being told won’t be a starter and Andy Pettitte has decided to retire. The recent signing of Freddy Garcia at least moves either Ivan Nova or Sergio Mitre out of the rotation, thankfully for all those Yankee fans. If the Yanks find another capable starter, Burnett gets his groove back and Hughes continues to develop, they would have a very good staff, if all those things don’t happen it will be below average.

While overall I still see a 90+ win team here, the concern is not that the Yankees have declined, but how much the Red Sox have improved. On paper I would see the Yanks finishing in second once again, but this year it will be behind the Sox. Of course, that’s just on paper and there’s a reason they still play the games.