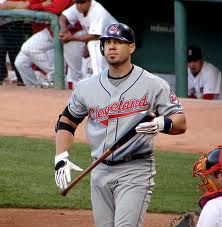 This week on Remember When….We are reaching way back to one of our Mid-2000’s studs, Travis Hafner of the Cleveland Indians.

There was a time when Pronk, as he affectionately became known, was one of the most coveted first basemen/DH’s in fantasy baseball. But, as has become the norm, after a couple good seasons he signed a monster contract and has been a drag on the team ever since. Hafner’s numbers from 2004-2006 were trending to make you believe we had a star on the rise: